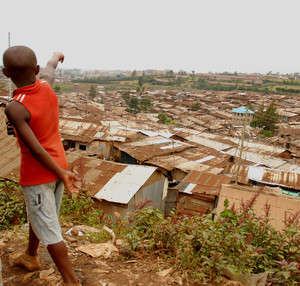 Koinonia Community - Kenya was initially founded in 1988 by its first members with the aim of counteracting the economic and social evils bred by individualism and abject poverty. Gathered around Father Renato Kizito Sesana, a Comboni Priest, the members lived together sharing their time, material and spiritual problems, and supported each other in order to build a better society. Koinonia Community Kenya has two sister Communities; in Zambia and in Sudan.


Registered as a corporate body in 1996, Koinonia Community is currently an umbrella organization in which many other initiatives such as Children’s Homes, Rescue Centres, CBOs, NGOs, youth and self-help groups are included in its network. In over twenty years of experience, Koinonia Community has been able to set up many successful initiatives in different fields, involving a considerable number of community members. Some of the initiatives are related to the circulation of information on Peace, Non violence and Human Rights; other initiatives promote peace and intercultural dialogue through sport, dance and fashion; a considerable number of them promote women and youth empowerment, focalizing on the vulnerable in the society and giving them the opportunity to become independent.


The Organization works with and for women, youths and children in order to foster their community belonging and their involvement in the society as responsible adults and citizens. Koinonia opts for a holistic approach, following the youths since their childhood, defending their Rights and hosting them in different Children’s Homes. The Community keep on supporting the individual through different activities that allow them to become active agents of social positive change.